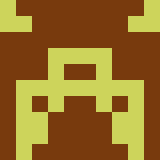 This article will consist of three parts. In the first, we will look at how regions and populations have varied in their technological, economic, and scientific advancement going from the ancient world to the present. Then I will review research showing that modern national wealth can be predicted based on how advanced a society was long before the industrial revolution or even recorded history. Finally, I will draw out some important implications that this research has on immigration and history.

First, let’s look at how technologically advanced various groups have been throughout human history. One way of measuring technological advancement is by creating a list of goods and abilities the possession of which signals being on the cutting edge of technology for a given time period and then counting how many of these items a given society has.

This is the approach taken by Comin, Easterly, and Gong (2010) who constructed the following  basket of goods by which to judge civilization’s technological progress between 1000 BC and 0 AD:

A lot could be said about this table, but in relation to other data we’ll see in this article the important thing to note is that in 1000 BC and 1500AD European people were more technologically advanced than any other group and in 0 AD they tied with Asia.

The above table is based on every population with each region that Comin et al. could find data for. However, Comin et al. also looked at what regional comparisons looked like when only judging a region based on its most advanced civilization.  Here are those results:

1500 AD is prior to the industrial revolution, most of the transcontinental slave trade, and colonialism, and, consequently, this data contradicts several popular notions about what caused Europeans to become the most technologically advanced peoples on earth.

Comin et al. were concerned with how much technology populations had. This is distinct from asking how much technology populations invented. When one population invents something, it will be spread all over the civilized world. This process of technological diffusion did not, however, happen equally in all places. Some areas, such as ancient China and the Mediterranean, have always been centers for international trade. Because of this, they were ideal places to be the recipients of technological diffusion. Other populations, such as northern Europeans or, even more extremely, Sub-Saharan Africans, were geographically and culturally isolated from much of the ancient world and, as a result, did not trade technology with them to nearly the same degree....[   ]

Will we be living on the moon or in a cave?

When I made my predictions for the computer industry for 2014, a number readers suggested that I make predictions for 2064. With some anxiety, I decided to sign up for that and started by stepping back into 1964 and asking myself what I would have predicted back then. You can read that here.

When I try to think about the year 2064, my mind almost explodes. Of course, I will probably not be around to see if I was right but then again you never know. Just today I got a link about a woman who is 109 years old who is still has it together and is playing the piano. She is 50 years older than I am now.

I am going to try to focus on a pretty positive scenario not because I believe that, but because it will make for more enjoyable reading.  Everything I will write about is something I truly believe could happen.

This is going to be a series of blog posts because I want to be able to go into depth on each one.  Then I will summarize them all in one final post on this topic.

First Prediction for 2064:  You won’t be using Google, you will be Google

Over the years I have thought a lot about how humans and computers will be able to communicate effectively.  If you think of the power of the human mind and think about the power of something like Google Search, you realize that we have a very low bandwidth interface between the two.  For a human to receive information from Google currently, the human types or speaks or selects some words, then Google does its work and comes back with some more words, or photos or video.  Then the human mind might use that information to make another query.  Google gets better at doing its job not only because it is “indexing” more and more information, because there is more and more information available, but also because it is tied into the collective consciousness of all the human beings that use it. It learns from our behavior. Google is getting a lot smarter and lot faster than humans but we humans still possess one of the great miracles of nature, the human brain. There seems to be very little limitations placed on the Google Mind which is at a very early stage of development.  Our human minds are at a very advanced state of development but I also  believe they may expand in a number of ways that I will go into in future posts. Right now, I am going to focus on the interface between these two “minds”.

As I just mentioned, we have a very limited, low bandwidth interface.  What is really bad about this limitation is that it requires our conscious minds to do the interacting when the real power of the human mind is in the subconscious. David Eagelman writes about this in his very engaging book, Incognito which I can definitely [ ... ]

While the House managers were quoting Shakespeare in their case against President Donald Trump last week, it appears that the Bard may soon be less known than “Poor Yorick” who we once knew so well. There is a growing campaign by teachers to drop Shakespeare and other Western literature from classes. One group, #DisruptTexts, insists “This is about White supremacy and colonization.” Lorena German, National Council of Teachers of English Anti-Racism Committee chair and a co-founder of the Disrupt Texts forum, insisted “everything about the fact that he was a man of his time is problematic about his plays. We cannot teach Shakespeare responsibly and not disrupt the ways people are characterized and developed.”

We previously discussed how the portrait of William Shakespeare was removed at the University of Pennsylvania’s English Department as a statement for greater racial sensitivity and diversity. Students are increasingly being deprived of such foundational classics as “Romeo and Juliet,” “Macbeth,” “King Lear” or Richard III. These are works that are not only masterpieces but shaped generations of later works and continue to be referenced in modern writing.  Yet, this is a movement that has been building since 1987 when Jesse Jackson led Stanford undergraduates chanting, “Hey, ho, Western Civ has got to go!”

German insisted that Shakespeare “is not ‘universal’ in a way that other authors are not. He is not more ‘timeless’ than anyone else.” Some teachers advocating replacing Shakespeare with such works as “Hunger Games.”

Shakespeare could have seen his coming when he wrote in As You Like It that “All the world’s a stage, and all the men and women merely players. They have their exits and their entrances; And one man in his time plays many parts.” However, the exiting of Shakespeare will come at a terrible cost for our students. While Shakespeare appears the new rallying cry for woke teachers, he is “a man more sinned against than sinning.”  If he is stripped away from our reading lists, our students will be the poorer for it.....[     ]

NewsCetera is a free speech information exchange outlet for news, articles, discussions, videos, etc., created by the users. All images are copyrighted to their respective owners. All content cited is derived from their respective sources.