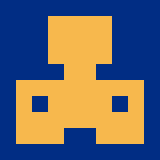 Joe Biden's family and associates are back in business, making money off the family name.  Sure, Biden reportedly admonished his brother to "watch yourself," but that didn't stop brother Frank getting busy advertising his ties to Joe in an ad for a Florida law firm on the day Joe was sworn in.  Son Hunter reportedly never divested himself of his China holdings as had been leaked earlier.  On the Kamala Harris side of things, stepdaughter Ella got a lucrative modeling contract, and niece Maya got herself a book deal and clothing range.

Now son Hunter has got himself a lucrative book deal, too, worth, as the Daily Mail reports, up to $2 million, about his dissolute life.  The White House dismisses it as a nothingburger since it's a book about a "personal struggle."  But as Hunter said of his lucrative board seat on Ukrainian energy company Burisma, it's a fair guess to say it "probably" would not have happened had his name not been "Biden."

The book's title is Beautiful Things, and in this case, unlike Ukrainian energy, he actually writes about something he knows about, which is his life of addiction and drugs.

So much for Old Joe's promise to voters that none of his family would cash in from his public office.  They're finding a hundred ways to Sunday to get their slices.  Life's beautiful when you're one way or another related to Old Joe.

An intelligent person might ask if there's anything illegal about this.  In this case, probably not.

While in some cases of political book deals, fronting cash for a book is a classic dodge for bribery, in this case, it's probably not.  It doesn't resemble the $65-million book deal President Obama got in his post-presidency from a publisher that he gave a huge Common Core contract to, creating at least the appearance of impropriety, as I wrote about here.  That practice seems to have come from Russia, and typically happens when it's a dud book and someone is there waiting for publication to buy up the copies.

In Hunter's case, assuming he delivers the full tell-all, there likely will be buyers.  The book (like the modeling contract handed out to Kamala Harris's art-student stepdaughter), is actually likely to sell.

Heck, I'd buy it.  Who wouldn't want to read about a guy with a history like this, as the Daily Mail summed it?

Who else would have left his wife and jumped into bed with his recently departed brother's widow only for her to end the affair when he got a stripper pregnant?

Is it only Hunter who could have received two special waivers to join the military and be commissioned at a special ceremony in the White House, but then blow his chance on his very first day when a blood test came back positive for cocaine?

Who but Hunter who could receive a diamond from a would-be Chinese business partner whose existence would come to light in divorce papers?

Now the president's son is getting to tell his side of his unsavory life — warts and all — in a book that could embarrass his father even further, less than three months into his term in the Oval Office.

Beautiful Things — the as yet unexplained title of Biden's tome — promises to center on his well-publicized struggles with substance abuse according to Gallery Books, an imprint of publishers Simon & Schuster.

Most news stories and reports about student debt cite the fact that Americans owe more than $1.5 trillion. The fact that households in the upper half of the income distribution and those with graduate degrees hold a disproportionate share of that debt almost never makes it into the narrative. But who owes education debt is as important as how much debt there is. Only with this information can we determine who struggles because of their student loans and who is succeeding in the job market because of the education that loans helped them achieve.

What may be more surprising, however, is the difference in payment burdens. A growing share of borrowers participate in income-driven repayment (IDR) plans, which do not require any payments from those whose incomes are too low and limit payments to an affordable share of income for others. And some borrowers are in forbearance or deferment because of financial hardships. As a result, out-of-pocket loan payments are concentrated among high-income households; few low-income households enrolled in IDR are required to make payments. [ ... ]

NewsCetera is a free speech information exchange outlet for news, articles, discussions, videos, etc., created by the users. All images are copyrighted to their respective owners. All content cited is derived from their respective sources.